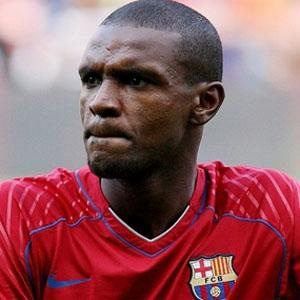 French national player who was named the LFP Defender of the Year with FC Barcelona in 2011.

He began his professional career with Lyon Duchere in 1999.

He helped France secure a second place finish at the 2006 FIFA World Cup.

He married Hayet Kebir in 2007; the couple had two daughters together, Meliana and Camelia.

He joined Lionel Messi on Barcelona in 2007.

Eric Abidal Is A Member Of