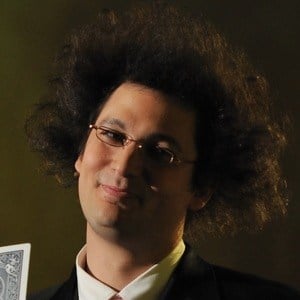 Illusionist who has become famous for his comedic style of magic, which he performed on the talent show La France a Un Incroyable Talent in 2016. Since then, he has been featured on a wide variety of shows, including Rire Contre le Racisme and Fort Boyard.

He fell in love with magic as a teenager and attended Jacques Lecoq's International School of Theater.

He is the creator of numerous live, touring magic shows, such as Réalité ou Illusion? and Magic Delirium.

He has two younger siblings. He married Calista Sinclair, with whom he has children.

He has cited Woody Allen as his biggest comedic inspiration.

Eric Antoine Is A Member Of