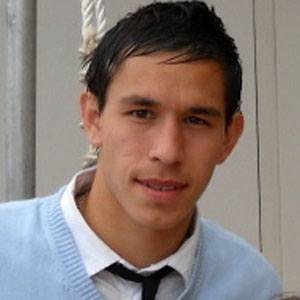 American midfielder who began his MLS career with FC Dallas in 2008. He spent three years with the team, then joined Toronto FC for a season before a trade sent him to Chivas USA in 2013.

He won a Canadian Championship while playing for Toronto FC in 2012.

He was born to Julio and Maria Avila.

He joined Carlos Bocanegra on Chivas USA in 2013.

Eric Avila Is A Member Of