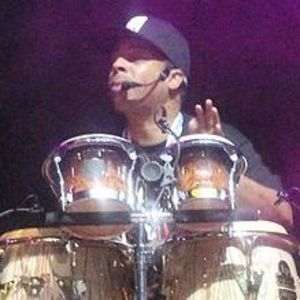 Best known as the percussionist for the hip hop/rock group Cypress Hill. He also played percussion for the Beastie Boys throughout the 1990s.

He began drumming at age 4. He made his first stage appearance at age 5 alongside his father Willie Bobo.

He made his debut with the Beastie Boys following the debut of their Check Your Head album in 1992. In November 2008, he released his debut solo album Meeting of the Minds.

He was born and raised in Queens, New York City, New York.

He performed alongside Adam Yauch during the Check Your Head tour throughout 1992 and 1993 with the Beastie Boys.

Eric Bobo Is A Member Of