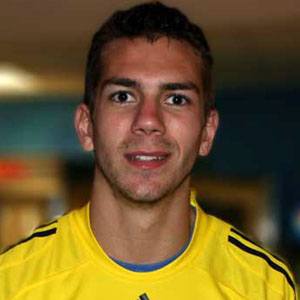 American defender who began his MLS career with the New York Red Bulls in 2008. He joined the Houston Dynamo in 2013 after a season each with the Columbus Crew and Portland Timbers.

He played college soccer at Maryland and Ohio State.

He was a member of the Columbus Crew in 2009 when the team won the Major League Soccer Supporter's Shield, given to the team with the league's best record.

He was born to Greg and Monica Brunner.

He played for the New York Red Bulls just before French star Thierry Henry began his career with the team.

Eric Brunner Is A Member Of