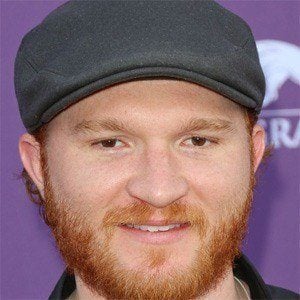 Made a name for himself upon the release of his third single titled "Friday Night" which peaked on US Country charts at #6 and US Country airplay charts at #2.

His first single which debuted in 2011 was called "Never Really Wanted."

He has collaborated with groups such as Rascal Flatts and Lady Antebellum.

He was born in Abilene, Texas and is a graduate of Middle Tennessee State University. In 2015 he married Natalie Harker.

Eric Paslay Is A Member Of