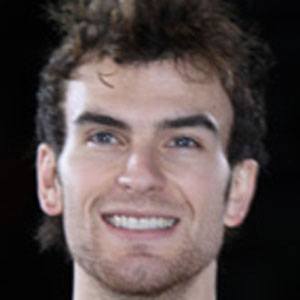 Pair skater from Canada most famous for his partnership with Meagan Duhamel. Together, they won three consecutive Canadian Championships.

He started skating at eight and first competed at the ISU Junior Grand Prix in 2003.

He accidentally broke his nose on Meagan Duhamel's elbow during their performance at the 2011 World Championships.

He and his family moved frequently all around Canada, living in cities like Toronto, Winnipeg, and Montreal.

He danced to the song "Hometown Glory" by Adele in 2013

Eric Radford Is A Member Of