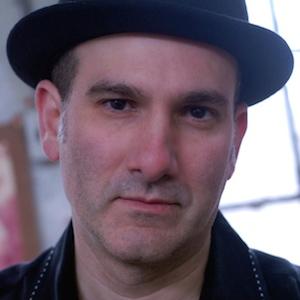 Multi-talented performer who serves as the lead singer, songwriter, and guitarist for the Eric Stuart Band. He may be better known for voice acting work, providing his voice for roles such as Brock and James on Pokemon and Seto Kaiba in Yu-Gi-Oh!

He has been entertaining since 1986. He has toured on stage with acts including Chicago, Hall and Oates, Ringo Starr, Lynyrd Skynyrd, and Julian Cope.

He was a voice director on animations such as Funky Cops, G.I. Joe: Sigma Six, and Karaoke Revolution Presents, among others. He released an album called Lipstick and Barbed Wire in 2013.

He was born in Brooklyn. His mother was a dancer and his father was a criminal attorney.

Eric Stuart Is A Member Of