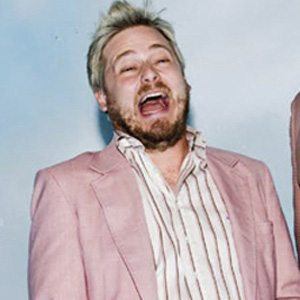 One half of the surreal comedy duo Tim and Eric, with Eric Wareheim. They co-created the television sketch show Tim and Eric Awesome Show, Great Job! In 2012 he received critical acclaim for his performance in the film The Comedy. He also starred in the 2019 horror film Us.

He and Wareheim produced the animated series Tom Goes to the Mayor, with the title character, voiced by Heidecker, convincing the mayor to implement his hare-brained schemes.

He and Wareheim won a Webby Award in 2008 for 'for the kind of weirdness that could only take off online' and their cult hit show on Cartoon Network's Adult Swim.

He was born in Allentown, Pennsylvania. He married Marilyn Porayko in 2007. They have a daughter named Amelia and a son named Charlie.

Tim Heidecker Is A Member Of