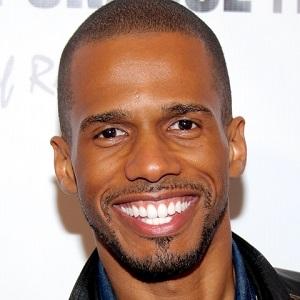 After rising to fame for his Vogue and GQ modeling work, West launched a second career as a screen actor, appearing in the television series Hey Girl. Also a singer, he released an Australian chart topping single titled "Can You Help Me?"

Born Eric Rosa, he grew up in New York City in a family of both Puerto Rican and African-American heritage.

Eric West Is A Member Of