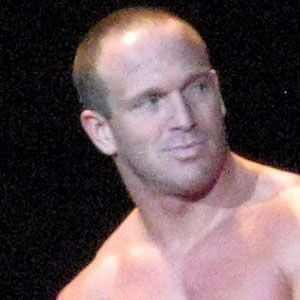 Canadian wrestler who has been a World Heavyweight Champion, X Division Champion and World Tag Team Champion in Total Nonstop Action Wrestling. He is also known for hosting the television shows No Limits, Mind Over Muscle and Off the Hook: Extreme Catches.

He began receiving wrestling training form Waldo Von Erich in Ontario after graduating from high school. He made his ring debut in Benton Harbor, Michigan in October 1998.

His birth name is Jeremy Fritz. He has been married.

Eric Young Is A Member Of