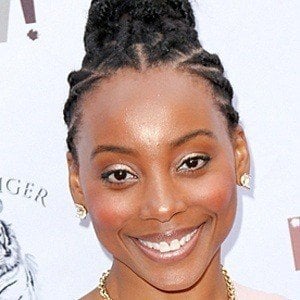 Actress and comedian who stars as Kevin Hart's on-screen husband in Real Husbands of Hollywood. She was also cast in the STARZ series Survivor's Remorse and was cast in the sketch comedy programs MadTV and The Big Gay Sketch Show.

She graduated from Emory University with the plan to attend medical school. After a trip to Japan where she worked as a backup singer and runway model, she elected for a career in entertainment.

She was featured in the film Scary Movie 5 and was seen in a horror film called Kristy in 2014. She has provided her voice for video games such as Shenmue II and Bloody Roar 4.

Her parents Donald and Diann Ash were both in the military.

She stars alongside RonReaco Lee in the television series Survivor's Remorse.