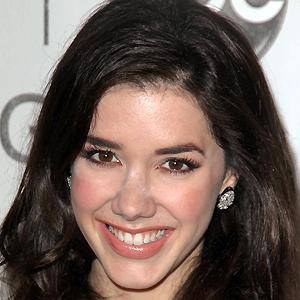 Television actress well known as protagonist Jane Quimby in the ABC Family series Jane By Design. She is also known for her role as Alana Matthews in the series Guidance.

She studied theater and film at the University of Southern California with the intention of directing and producing.

She had a breakout television role as Madison in the short-lived CW series, The Lake.

She, like Deborah Ann Woll, is a graduate of the University of Southern California's theater program.

Erica Dasher Is A Member Of