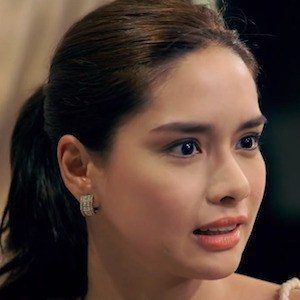 Perhaps most famous for her role as Nene Reyes on the ABS-CBN series Katorse, Gonzales also frequently appeared on the ASAP variety show and starred in the series Tanging Yaman.

She began her entertainment career after winning the 2005 season of Star Circle Quest and subsequently signing with the ABS-CBN Star Magic talent development program.

Yes! Magazine named her the "Most Beautiful Star of 2014."

Born Erika Chryselle Gonzales Gancayco in Cebu City, Philippines, she later adopted the stage name of Erich Gonzales. She grew up with two older siblings. She dated model and actor Daniel Matsunaga, but the two split up in 2017.

Between 2010 and 2012, she and fellow entertainer Enchong Dee were the co-recipients of eight entertainment awards or nominations that recognized their on-screen romantic chemistry.

Erich Gonzales Is A Member Of