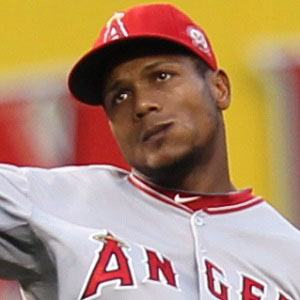 Dominican shortstop who began his Major League Baseball career with the Anaheim Angels in 2006. He received the Rawlings Gold Glove Award in 2011 and made his first MLB All-Star Game appearance in 2014.

He was born in the town of Bani, capital of the Peravia Province. He was originally signed by the Angles as an amateur free agent in 2002.

He led the Dominican Republic to its first-ever World Baseball Classic title in 2013.

He has been teammates with Mexican third baseman Efren Navarro in Anaheim.

Erick Aybar Is A Member Of