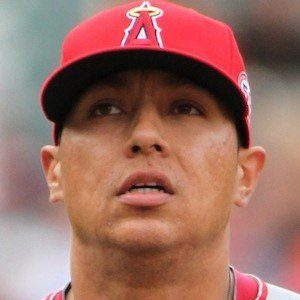 First baseman and outfielder who first appeared in the Major Leagues with the Los Angeles Angels in September 2011. He was originally drafted by the team in 2007 out of the University of Nevada, Las Vegas.

He played baseball at Lynwood High School in his home town of Lynwood, California.

He won the Rawlings Gold Glove Award as a member of the Salt Lake Bees in 2011.

His father is Efren Navarro, Sr..

He has been teammates on the Angels with 2014 AL MVP Mike Trout.

Efren Navarro Is A Member Of