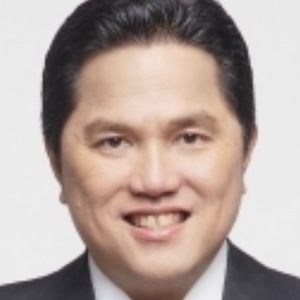 Indonesian businessman who is the founder and chairman of the Mahaka Group, a holding company that focuses on multi platform media and entertainment. He is also the chairman and minority owner of Inter Milan, the President Director of antv, and the owner of D.C. United, an American professional soccer club based in Washington D.C. In

He received his master's degree in 1993 from the National University in California.

He founded the Dharma Bhakti Foundation after the oldest Chinese temple in Jakarta, the iconic Dharma Bhakti Buddhist temple, burnt down in 2015. The foundation is dedicated to the temple's restoration and preservation.

In 2018, he was asked by Joko Widodo to be chief of his re-election campaign in the 2019 presidential election.

Erick Thohir Is A Member Of