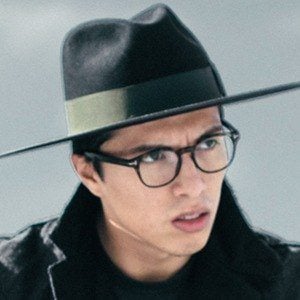 Renown for his non-photoshop levitation photography, he became a sought after visionary notable for combining subjects and backdrops in a surrealistic manner. He would specialize in footwear, fashion and product commercial photography.

He spent two decades as an opera singer, performing with world class choirs along with several A-list celebrities. He attended Fiorello H. LaGuardia High School for music and arts as well as the Aaron Copland School of Music to major in classical voice.

He co-founded Hercules NYC in the summer of 2012. He became a Sony Alpha ambassador and earned more than 80,000 followers on his Instagram account.

He is known as Erick Hercules on social media. He moved to New York City after being raised in an artistic family.

He and Shan Dude both became known for their surreal photography.

Erick Urgilés Is A Member Of