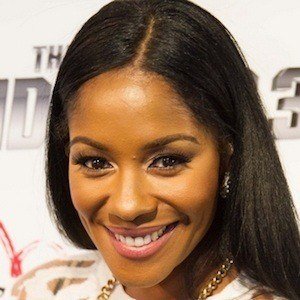 Businesswoman best recognized as the vice president of Sean Comb's company The Blue Flame Agency. She made her television debut in 2014 starring on Bravo's series The Singles Project.

In 1998, she earned a bachelor's degree in communications from Bernard Baruch College. She then spent several years working as a music and entertainment manager for Vanguarde Media.

She grew up in East New York.

As Sean Comb's company's VP, she worked with Mark Wahlberg on a deal with AQUAhydrate in 2016.

Ericka Pittman Is A Member Of