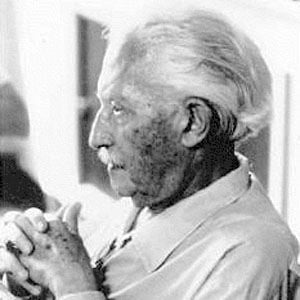 German psychologist known for his pioneering work in psychosocial development. He is often credited as one of the first psychologist to adhere to ego psychology.

He struggled with his identity, being a tall, blond, blue eyed kid who was raised Jewish.

He is credited with coining the term identity crisis and he won a Pulitzer Prize and a U.S. National Book Award for his 1969 book Gandhi's Truth.

He got married to Joan Serson Erikson in 1930.

He was influenced by the work of Sigmund Freud .

Erik Erikson Is A Member Of