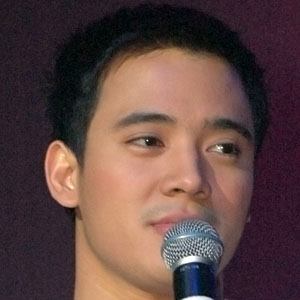 Singer, actor, and commercial model who became the Grand Champion of the 2003 ABS-CBN singing competition, Star In A Million.

He began singing and participating in local talent competitions when he was four years old.

In 2004, he released This is the Moment, which went Platinum. His other albums include Awit Para Sa'yo and Loving You Now.

His parents named him Rhoderick Ramos Santos and raised him in Malabon, Philippines.

He and Michael Jackson have both been called the King of Pop.

Erik Santos Is A Member Of