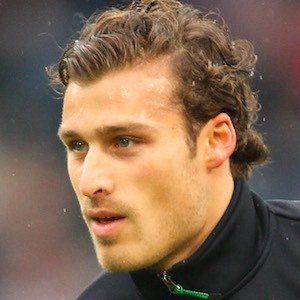 Center back who rose to prominence captaining the Danish club FC Midtjylland. He played for the squad from 2009 through 2016, when he transferred to the Scottish Premier League club Celtic FC on a 1.5 million Euro transfer.

He began his youth career in 1997 as a member of Viborg FF's youth club. He subsequently played in FC Midtjylland's youth program from 2006 through 2009, when he was called up to the senior team.

He made his debut appearance for the Danish men's national soccer team in March 2015. He scored his first goal for Celtic FC on April 17, 2016.

He is the son of Ukrainian artist Sergei Sviatchenko. He has one older brother named Philip.

He has played defense for the Danish national team alongside Simon Kjaer.

Erik Sviatchenko Is A Member Of