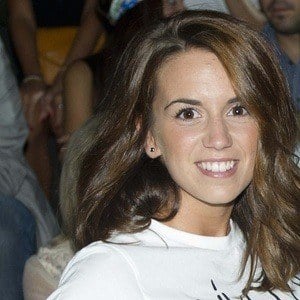 Became known as soccer star Antoine Griezmann's wife. She ran her own beauty blog until Antoine's fame got in the way of the site and deactivated it.

She met Antoine while studying education in college in San Sebastian, Spain.

Her boyfriend became teammates with Lionel Messi on FC Barcelona.

Erika Choperena Is A Member Of