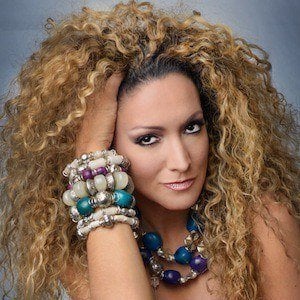 Latin pop music singer/songwriter who has been considered one of the most influential composers in contemporary Latin music. Her music has been nominated for a number of Grammy Awards and the Latin Grammy Awards.

In 2004, she qualified to participate in the Song Festival of Viña del Mar.

She was a celebrity judge on Idol Kids Puerto Rico in 2012.

She is the daughter of a Panamanian-American father and a Brazilian mother.

Erika Ender Is A Member Of