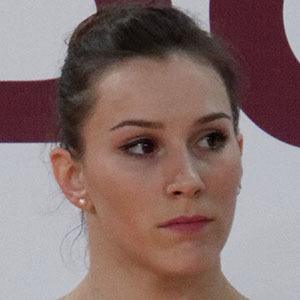 Italian gymnast who is known for her work within the Women's Artistic Gymnastics category. She has competed in several Olympic Games and has also represented Italy in several European National Gymnastics Championships. She shares additional photos from her gymnastic career through Instagram for her over 80,000 followers.

She is known for having won the Bronze medal in the team event representing Italy at the 2012 European Championships in Brussels.

She was born and raised in Como, Italy and shared a photo with her son and daughter to Instagram in March of 2019.

She is the second Italian gymnast to accomplish the Silivas or double double, H move after fellow gymnast Vanessa Ferrari.

Erika Fasana Is A Member Of