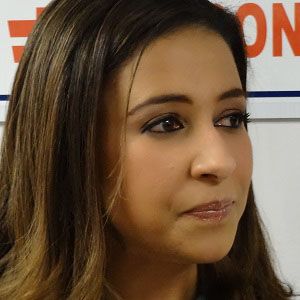 Initially famous as the winner of the 2003 Miss America pageant, she went on to pursue careers in law and politics, entering the 2014 Republican primary for an Illinois 13th district seat in the United States Congress.

Before securing the Miss Illinois and Miss America titles, she completed her bachelor's degree in political science at the University of Illinois. She later earned a J.D. from Harvard University and worked for Chicago's Sidley Austin LLP and Burke, Warren, MacKay & Serritella law firms.

Her official Miss America contest "platform" was the prevention of bullying.

Born to a family of maternal African-American and Native-American heritage and paternal Western European and Greek descent, she spent her childhood in Urbana, Illinois.

She was defeated by Rodney Davis in the 2014 Illinois Republican congressional primary.

Erika Harold Is A Member Of