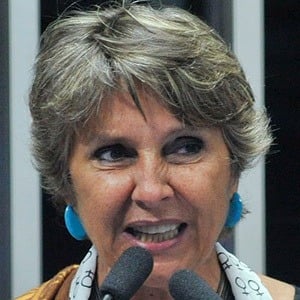 She started her career working as a banker and psychologist. She ventured into politics in 1989 when she joined the Worker's Party. Her first election came in 1998 when she ran for a position as district deputy. She was elected in 2002.

She is also known for having served at the Central Unica dos Trabalhadores - DF from 2000 until 2002.

She was born and raised in Fortaleza, Brazil.

Other politicians from Brazil who have also served as a Federal Deputy for the Federal District include Lobbe Neto and Kim Kataguiri.

Erika Kokay Is A Member Of