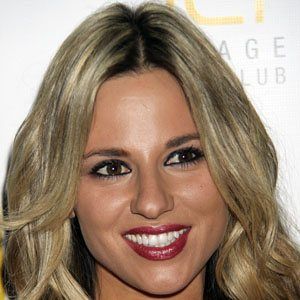 Known by the nickname of Rikki, she formed one-half of the Ikki Twins duo of fashion models and reality television personalities. She and her identical twin sister Victoria Mongeon, AKA Vikki, starred in a 2009 MTV reality dating program called A Double Shot at Love.

She and her sister rose to fame through being photographed for both the Hooters restaurant calendar and several Playboy publications.

She suffered severe injuries following a 2010 California automobile accident and was in a coma for several days.

Born in Greensburg, Pennsylvania, she lived in California and several other states during her childhood. Both she and her sister publicly stated that they were bisexuals.

Her reality dating series served as MTV's sequel to A Shot at Love With Tila Tequila.

Erica Mongeon Is A Member Of