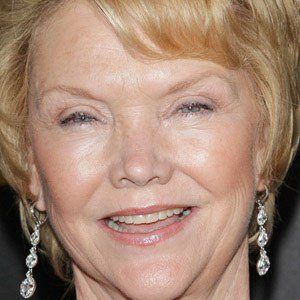 Actress who won a Favorite Couple Soap Opera Digest Award for playing Victoria Lord on One Life to Live.

In 1966, she graduated from London's Royal Academy of Dramatic Art; she was one of the youngest individuals to be accepted into the school at 17.

She has won a Daytime Emmy Award for Outstanding Lead Actress in a Drama Series six times for her role on One Live to Live.

She married Brian Davies in 1978; the couple welcomed son Michael in 1980 and daughter Amanda the following year.

She was in One Life to Live like Heather Burns.

Erika Slezak Is A Member Of