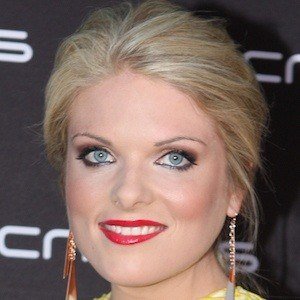 Australian television personality who became the permanent co-host of the rugby league program The NRL Footy Show in 2014. She began her career as a reporter for the WIN network in Canberra.

She grew up in Indonesia, where she attended Jakarta International School.

She is fluent in the Bahasa Indonesia language.

Her parents are Jim and Anne Molan. She has a sister named Sarah.

She has co-hosted The NRL Footy Show with former cricketer Michael Slater.

Erin Molan Is A Member Of