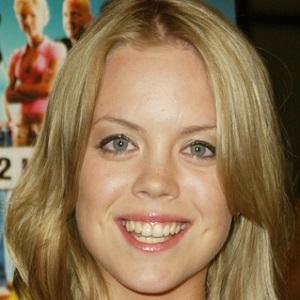 Voice actress who became known for her role as Jessica and Megan Buchanan on the soap opera One Life to Live.

She had her first acting role at age nine in the 1990 TV movie Alexander and the Terrible, Horrible, No Good, Very Bad Day.

He married Hamilton Von Watts in 2009 and the couple had a son.

She had a guest role on the television series Bones with Emily Deschanel in 2007.

Erin Torpey Is A Member Of