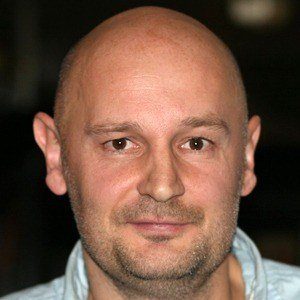 Norwegian novelist and screenwriter known for both his children's literature and satirical novels like Doppler and Naiv.Super. He also penned the popular comedy film Catch That Kid starring Kristen Stewart, Corbin Bleu, and Max Thieriot.

He began his career working at a psychiatric clinic and later transitioned into freelance journalism for the Norwegian newspaper Adresseavisen.

He is the creator of the Norwegian television drama Kampen for tilværelsen.

He was born and raised in Trondheim, Norway with his siblings. He is a father.

Erlend Loe Is A Member Of