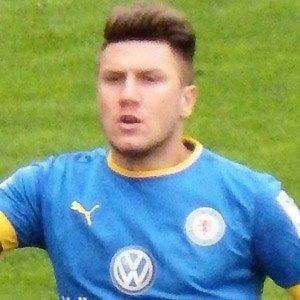 Center back who appeared in 72 matches for Eintracht Braunschweig from 2012 to 2014 and became a member of the Bosnia and Herzegovina national team in 2013.

He spent his youth career with SpVgg Mockmuhl, FC Heilbronn and VfB Stuttgart.

He scored his first international goal on June 25, 2014 in a FIFA World Cup Qualifier match against Slovakia.

He was born in Zvornik, Yugoslavia.

He and midfielder Sejad Salihovic became teammates on the Bosnia and Herzegovina national team.

Ermin Bicakcic Is A Member Of