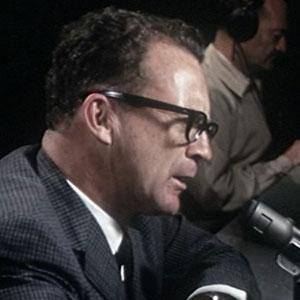 Legendary baseball broadcaster who spent 55 years calling games, 42 of which for the Detroit Tigers.

He never had to pay for baseball games after becoming a batboy for the Atlanta Crackers when he was five.

In 2000, his name was posted in the outfield of Comerica Park where legendary Tigers had their names and numbers retired.

He was married to Lulu Tankersley until his death, and they had four children together.

He covered Tigers games during the 1984 season when Alan Trammell helped lead the team to a World Series Championship.

Ernie Harwell Is A Member Of