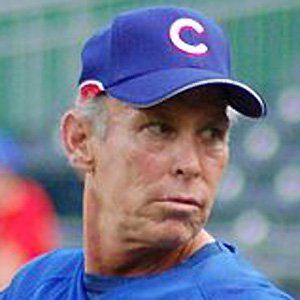 6-time All-Star Detroit Tigers shortstop from 1977 to 1996 who helped lead the team to a World Series Championship in 1984, while taking World Series MVP honors along the way.

He and second baseman Lou Whitaker both debuted for the Tigers on September 9, 1977 against the Boston Red Sox; they would then go on to play 19 years together on the Tigers.

He served as manager of the Detroit Tigers from 2003 to 2005 but was unable to turn around a struggling franchise.

He had three children, Grace, Emily, and Carson, with his wife Paula.

He was managed by the great Sparky Anderson on the Detroit Tigers.

Alan Trammell Is A Member Of