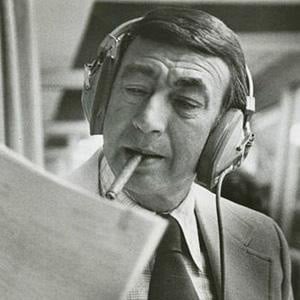 He graduated from NYU with an English degree and later went back for law school.

He was quoted saying 'Arrogant, pompous, obnoxious, vain, cruel, verbose, a showoff. I have been called all of these. Of course, I am.'

He married Mary Edith Abrams in 1944; the couple had two daughters together.

His most famous broadcasting moment occurred during a boxing match between Joe Frazier and George Foreman where he said "Down goes Frazier" repeatedly at the end.

Howard Cosell Is A Member Of