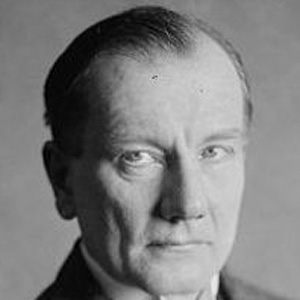 Signed the German form of his name Ernst von Dohnányi to published compositions. He introduced classmate Béla Bartók's works to the masses. One of his best-known pieces was "American Rhapsody" from 1953, which included such folk material as "Turkey in the Straw," "On Top of Old Smokey," and "Wayfaring Stranger."

His performance of Beethoven's Piano Concerto No. 4 from his London debut was remembered for generations.

He began teaching at the Florida State University School of Music in Tallahassee in 1949, maintaining his post for 10 years.

His father was a mathematics professor and an amateur cellist who initiated his son's love for music.

He earned early acclaim and promotion from Johannes Brahms for his first published composition, Piano Quintet in C minor.

Erno Dohnanyi Is A Member Of