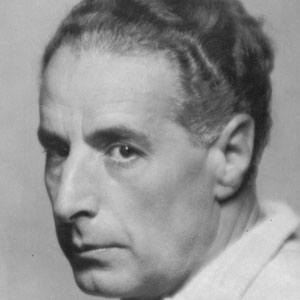 Winner of the Pulitzer Prize for his third of seven symphonies, Opus 75 from 1955, written between 1950 and 1968. He invented the idiom of the spoken chorus called Gesprochene Musik in 1930.

He received a well-rounded education, studying philosophy at the University of Vienna, medicine at Heidelberg, and music at Frankfurt's Hoch Conservatory.

He scored films after Hitler's rise to power forced him into exile in Paris and later London.

His father was Jewish leather dealer. He married Lilly Zwack in 1916. Her father was a banker.

He scored the chase scene in the Shirley Temple film "Heidi" from 1937.

Ernst Toch Is A Member Of