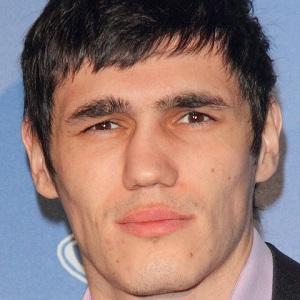 Turkish power forward who began his NBA career with the Milwaukee Bucks in 2006. He later went on to play for the Detroit Pistons and Orlando Magic. In 2017, he joined the Atlanta Hawks after being with the Philadelphia 76ers for a year.

He played professional basketball in Turkey and Spain before finding a permanent role on the Bucks in 2009.

He won a silver medal with Turkey's national team at the 2010 FIBA World Championships.

He married Julia Ilyasova in 2011; they have daughters named Xenia and Catherine.

He was joined by Monta Ellis on the Milwaukee Bucks in 2012.

Ersan Ilyasova Is A Member Of