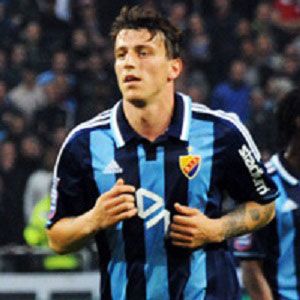 Striker who joined Copenhagen in 2005 and made his international debut for Sweden in 2013, winning the King's Cup that year.

He was born in Yugoslavia but came to Sweden when he was 3 years old.

He joined striker Zlatan Ibrahimovic on the Swedish national team in 2013.