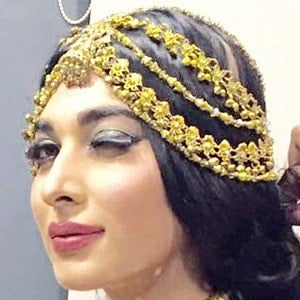 Pakistani model and actress who became known for her lead roles in drama series Abro and Hatheli. She has been featured in publications such as the cover of Page 3 magazine, Mag and Me, Pak Observer, and Jewel Time.

She was asked by a friend to do a photoshoot for the expo billboard. They asked her to be the brand ambassador for the expo in 2012 and she received various offers from there.

She was the brand ambassador for Hira Lari in 2013.

She was born and raised in Karachi, Pakistan.

She has starred in the television series Hatheli alongside actor Azfar Rehman.

Eshal Fayyaz Is A Member Of