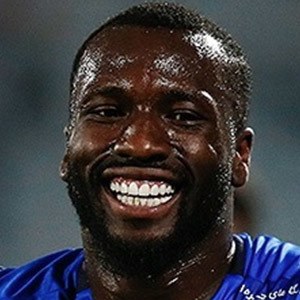 He started his youth career playing for the Boavista club in 2005. He then started playing for Nice in 2008 before making his senior debut with the club in 2011. In 2012 he joined the Rio Ave club before having been loaned out to several other international clubs including St. Mirren and APOEL. He made his debut on the Guinea-Bissau national team in 2018.

He was born and raised in Bissau, Guinea-Bissau.

Percy Tau is a fellow professional football player also known for his work as a striker on the Guinea-Bissau national team.

Esmael Goncalves Is A Member Of