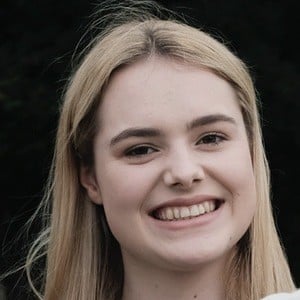 Equestrian fanatic named Esme Higgs with a YouTube channel called This Esme which includes vlogs with ponies, horse care videos, and edits of her riding. Her content has been watched more than 177 million times. She has also been an ambassador for the Brooke charity organization, which promotes animal welfare for horses.

Her first time riding a pony was at a friend's 5th birthday party. She was four years old at the time.

She began making small videos to track her progress with her pony Casper. She has sold her own yearbook-style photo book on the Pony Magazine website.

She has a brother named Max who was featured in her May 2020 video "Sister Vs Brother | Eventing Challenge! This Esme."

She was part of the Liverpool International Horse Show along with John Whitaker and Charlotte Dujardin.

This Esme Is A Member Of