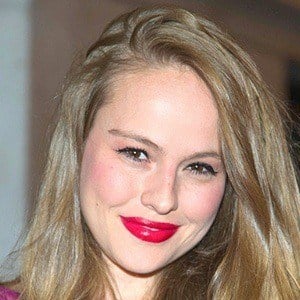 TV actress who joined the cast of Telecinco's Truth in 2016. She has more than 170,000 followers on her emeraldmoya Instagram account.

She started working as a model at age 16 in international ad campaigns. She later studied acting at Cristina Rota's school in Madrid.

She married Carlos García in 2012. They have a son named Bastian García. Her parents are named Angel and Isabel.

She has appeared on-screen alongside model Jon Kortajarena.

Esmeralda Moya Is A Member Of