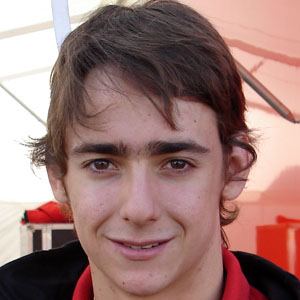 Mexican race car driver who became the youngest Mexican driver to win an International title at the Formula BMW Europe championship in 2008.

He grew up motorcycling and and go-karting, and was groomed to join the young talent program of Escudería Telmex when he was in his teens.

He partnered with Nico Hulkenberg for the Sauber Formula One team in 2008.

He was born in Monterrey, Mexico.

In 2013, he became the second youngest driver to set a fastest lap record after Nico Rosberg.

Esteban Gutiérrez Is A Member Of