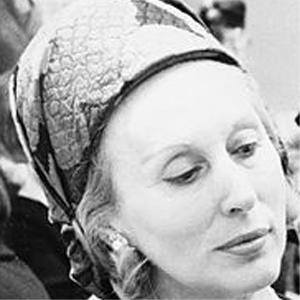 She worked in her father's hardware store and in her uncle's beauty-product laboratory.

She was one of the 20 most influential business persons in the 20th century and the only woman on Time's 1998 list.

She married Joseph Lauter twice and had two sons with him.

Her company gave Elizabeth Hurley her first job as a spokesmodel.

Estee Lauder Is A Member Of