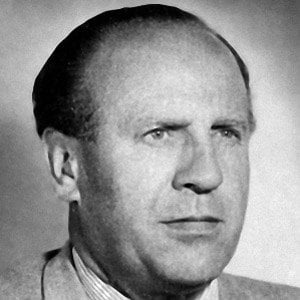 German industrialist, spy, and Nazi Party member who saved 1,200 Jews from the Holocaust.

He worked as a commercial salesman along with a variety of other odd jobs.

He requested to be buried in Jerusalem and was the only member of the Nazi Party to be given this honor.

He married Emilie Pelzl in 1928 but had several mistresses throughout his life. He had a son named Oskar Jr. and a daughter named Emily.

His life was the subject of a Steven Spielberg film called Schindler's List from 1993.

Oskar Schindler Is A Member Of