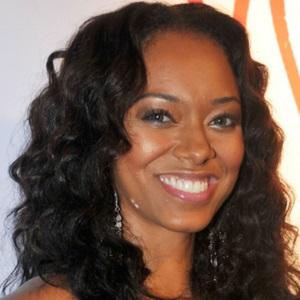 King's magazine cover model who has appeared in numerous music videos with artists such as Will Smith, Kanye West, and Ludacris. She has been featured in magazines such as XXL and VIBE.

At the beginning of her career, she appeared in the music video for the Petey Pablo 2014 hit "Freek-A-Leek."

Also an actress, she has appeared in films such as Speed-Dating, Video Girl, and Just Another Day.

She was born and raised in Miami, Florida. She later gave birth to a son named Cayden.

She was featured in the rapper Nelly's 2003 "Shake Ya Tailfeather" music video.

Esther Baxter Is A Member Of