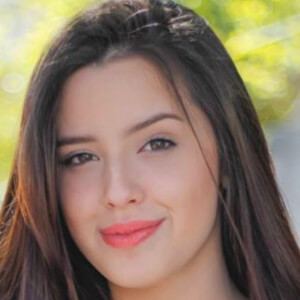 YouTube vlogger and singer who is known for her Esther Marcos Official channel, which has earned over 850,000 subscribers. She has garnered popularity for her frequent and eclectic blend of vlog entries, as well as occasional videos of original music of hers.

She began her YouTube channel on September 2, 2015. She began her career in the Brazilian entertainment industry by appearing in a wide variety of commercials.

She has played the character Margarida Garcia in the SBT Brazilian soap opera Carousel.

Esther Marcos Is A Member Of