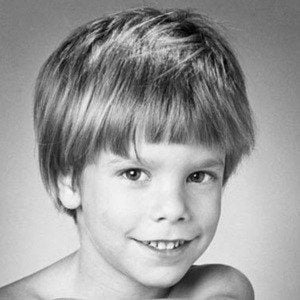 Kidnapping and murder victim whose sudden 1979 disappearance in New York City's SoHo neighborhood helped launch the missing children movement. He was one of the first missing children ever featured on a milk carton, and National Missing Children's Day was designated on May 25th, the anniversary of his disappearance.

He was 6-years-old when he was kidnapped on his way to his school bus. Following his disappearance, his photo was broadcast on screens in Times Square.

He was declared legally dead in absentia in 2001. His disappearance began the movement towards teaching children the "stranger danger" concept.

His parents' names were Julie and Stanley Patz.

His disappearance's anniversary was marked with National Missing Children's Day by then-president Ronald Reagan in 1983.

Etan Patz Is A Member Of